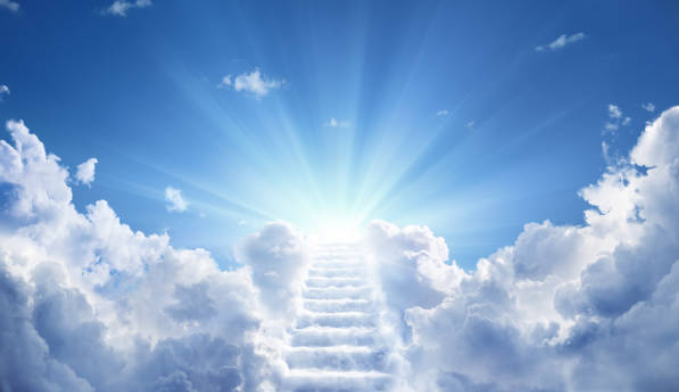 What God Looks Like in the Bible and Heaven?

If you ask the same question to an average person, he might be speechless and won’t have anything to say. However, there are several references and hints in the Bible that can help get an idea of what God looks like. Several people claim that they have seen God and prove it by describing the details of God” s appearance.

As I mentioned before, people have mentioned that God appears as a bright luminous light. The light portrays an image that God has no darkness in itself. It refers to God’s Almightiness, Holiness, and why he is superior to all living creatures in the universe.

According to a survey, more than 74 % of Americans believe in God. They are intrigued to know the appearance of God. Americans want to know about the actual appearance as they are curious to see what their creator looks like. So, What Does God Look Like is probably a question that comes to mind for every human being, as it is a part of human nature.

God’s appearance is also described as fire because of His fiery desire and burning passion (Heb.12:29).

As explained above, the verses of the Bible point out that God looks more like a human being. For example, in Genesis 18:1-3, God (Creator) appeared similar to Abraham as a man.

According to the Bible, God just looks like a regular guy, and visually, it is no different from creatures like Abraham. But we all know that God is not a regular guy or somewhere in the clouds peeking at every living creature on Earth. So it is not essential to think about them and what he visually looks like, but better consider what he portrays and represents and brings to Earth for humanity.

Many people think that we will die. As we know and hear, God appeared as a child that children are pure and innocent. They have no bad intentions and are pure from the inside out. But it is

We know that God is an infinitely wise, knowledgeable, and powerful being who is ever-present and eternal. God created everything that has been or will be. We also believe that Heaven is where humans go to be with God after they die.

But first, the day of judgment will be held, and People who have done good things during their lives are rewarded with heavenly life, while those who have done wicked deeds are punished with a lifetime in hell. We know that life on Earth is like a test and is temporary, and the afterlife is eternal.

Jesus’ leadership at the end of the age is shown in the book of Revelation. God’s physical description corresponds to His relationship with the rest of creation.

However, different bible revelations can perplex someone trying to figure out what God looks like. So I’ve attached some references to help you understand what I’m saying:

The revelations are never-ending, and it eventually confuses believers with the description of what God looks like. What you hear from people can be true or just a word to mouth bluff. We can say that the appearance of God is unimaginable as the revelations have different opinions, and it is safe to believe that God is unimaginable until a significant and robust sign is proved from the Bible.

It is not clearly stated in the Bible or any revelations. Still, researchers from North Carolina University and following a survey of 511 American Christians, researchers have created a fantastic depiction of God himself. The psychologists published their findings in June 2018 after interviewing devoted Christians about their views on God. The study’s outcomes created an image of God that is not the archetypal bearded old man from Michelangelo’s Sistine Chapel paintings. This graphic isn’t designed to represent how Americans think about God.

However, as I previously indicated, we cannot imagine what God looks like due to limited human capability: the ability to imagine gods that are not our own. And while the face is our primary window into another’s thinking, we don’t have the ability to imagine what God looks like. So clearly, there is something helpful for humans.

The actual image of God does not exist in any religious books, and there is a clear description of what God looks like in the Bible and revelations. The question arises when we see several revelations which confuse human beings with their opinions.

As two revelations are attached above, we can say that it is not in our capability for what God looks like as far as the research is concerned. So it doesn’t have solid evidence that it is the actual image of God. But nobody knows it might be true in the upcoming time.